Rebecca Solnit, the American writer, hits the nail on the head over and over. She speaks in her recent book Call Them by Their True Names: American Crises of the paramount importance of right naming – using language to name our world with precision, and remake the inherited stories that are no longer fit for purpose. She argues that naming  is “the first step in the process of liberation”.

There are so many ways to tell a lie. You can lie by ignoring whole regions of impact, omitting crucial information, or unhitching cause and effect; by falsifying information by distortion and disproportion, or by using names that are euphemisms for violence or slander for legitimate activities, so that the white kids are “hanging out” but the Black kids are “loitering” or “lurking.” Language can erase, distort, point in the wrong direction, throw out decoys and distractions. It can bury the bodies or uncover them.

Precision, accuracy, and clarity matter, as gestures of respect toward those to whom you speak; toward the subject, whether it’s an individual or the earth itself; and toward the historical record. It’s also a kind of self-respect … The search for meaning is in how you live your life but also in how you describe it and what else is around you.

There are parallels here in a recent conversation I had with poet Paul Matthews about Right Speech. In discussing a review where I mentioned that Paul’s creative writing source-book Sing Me the Creation ‘has at its heart our coming into right relationship with language – Right Speech in the Buddhist sense’, Paul writes:

This is fundamental to our theme – how can our words work therapeutically if our own tongues are not healed of the slanders, lies, hurtfulness and trivia that pervade them? These, according to the Buddha, are the dis-eases we are sure to encounter if we set out on a path of ‘Right Speech’. Forgive me for reiterating here what I said at the end of our first poetic dialogue (‘because we are doing this’), but I feel it all the more strongly now that these shadows have been so blatantly loosed into our politics.

We live at a time when lying is rife, flagrant, popularist, unembarrassed, and when language can be little more than propaganda for self or ideology. Language is also often heavily weaponised, and silence can be used like that too – as an egoic power-tool. I therefore find Solnit’s analyses helpful. She’s also very good at reminding us that we live as stories within stories, and there are stories that are the wall-paper kind that we are so used to that we take them ‘as read’ – they are normalised parts of life that go unquestioned. Once you are able to step outside the story frame, however, what you see can then be horrifying – though also, importantly, clarifying and liberating. It is much better to see what is there than be operating unconsciously, as part of the background story and, often, driven by its norms. Part of being a ‘story-teller’ of whatever kind, as well as an awake citizen, is to break the stories open so we can see what is there, see what needs jettisoning, what has worn out, as well as what still has life and is worth keeping. This goes right back to Plato and his philosophical questioning of ‘tradition’. This kind of inner investigation might cause us discomfort, pain even – familiar stories are often comfortable protected psychological spaces in which to live – but I would argue that there is more pain felt as inner dissonance and outward confusion if we don’t do this work. Much violence, even, erupts from this inner tension, where we haven’t worked through our stories, both personal and cultural/social. Stories can run us, unconsciously, with much underground energy. 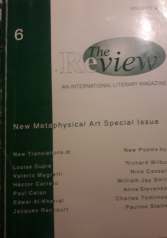 Just into this millennium, novelist Lindsay Clarke wrote in The Review about the role of story and the mythic, initiatory imagination:

It is by myths we live and what matters is the breadth of their embrace, and how flexibly they bring into creative relation those opposing powers which often threaten to tear us apart but also open opportunities for personal and cultural renewal.

He makes an excellent case for ‘the initiatory power of writing’:

As history has shown, “we are less rational and conscious creatures than we like to think, and much of our behaviour is possessed by archetypal powers that we urgently need to understand and assimilate if they are not to overwhelm us”.

Good stories, then, can help in this process of understanding and assimilation. They can initiate us into our own lives and switch us on to the bigger stories we are part of.

Stories surround us like air; we breathe them in, we breathe them out. The art of being fully conscious in personal life means seeing the stories and becoming their teller, rather than letting them be the unseen forces that tell you what to do. Being a public storyteller requires the same skills with larger consequences and responsibilities, because your story becomes part of that water, undermining or reinforcing the existing stories.[…] There are stories beneath the stories and around the stories. The recent event on the surface is often merely the hood ornament on the mighty social engine that is a story driving the culture. We call those “dominant narratives” or “paradigms” or “memes” or “metaphors we live by” or “frameworks.” However we describe them, they are immensely powerful forces. And the dominant culture mostly goes about reinforcing the stories that are the pillars propping it up and that, too often, are also the bars of someone else’s cage. They are too often stories that should be broken, or are already broken and ruined and ruinous and way past their expiration date. They sit atop mountains of unexamined assumptions.”

Philosopher Mary Midgely, who died recently, is also excellent on all this. In her book The Myths We Live By, she says:

“Myths are not lies. Nor are they detached stories. They are imaginative patterns, networks of powerful symbols that suggests particular ways of interpreting the world. They shape its meaning.”

Given our phase of human development, with unprecedented numbers of our species impacting and exploiting the natural world and other species very dangerously and unsustainably – dangerously to our own let alone other species’ survival – and given our human potential to rise above mere self-interest and be compassionate (yes, despite all the evidence that suggests otherwise, there is also evidence of human cooperation and care for others, even extended circles of others, as in our animal kin), we need to reexamine the myths that drive us, individually and collectively. The personal is political, and vice versa, whether we like it or not.

Hannah Arendt said, “we humanize what is going on in the world and in ourselves only by speaking of it, and in the course of speaking of it we learn to be human”. We must learn better how to be human, how to grow into the best of what we can be – before it’s too late.

*’Crediting Marvels: The Romance as Adventure of the Metaphysical Imagination’ (2000) in The Review, Volume 4 Ed. Raúl Peschiera and Guest Editor Peter Abbs

Some of this is based on this brilliant article, where there is much more to explore: https://www.brainpickings.org/2018/10/18/rebecca-solnit-call-them-by-their-true-names/

2 thoughts on “Naming What is There”

Fiona has close links with: